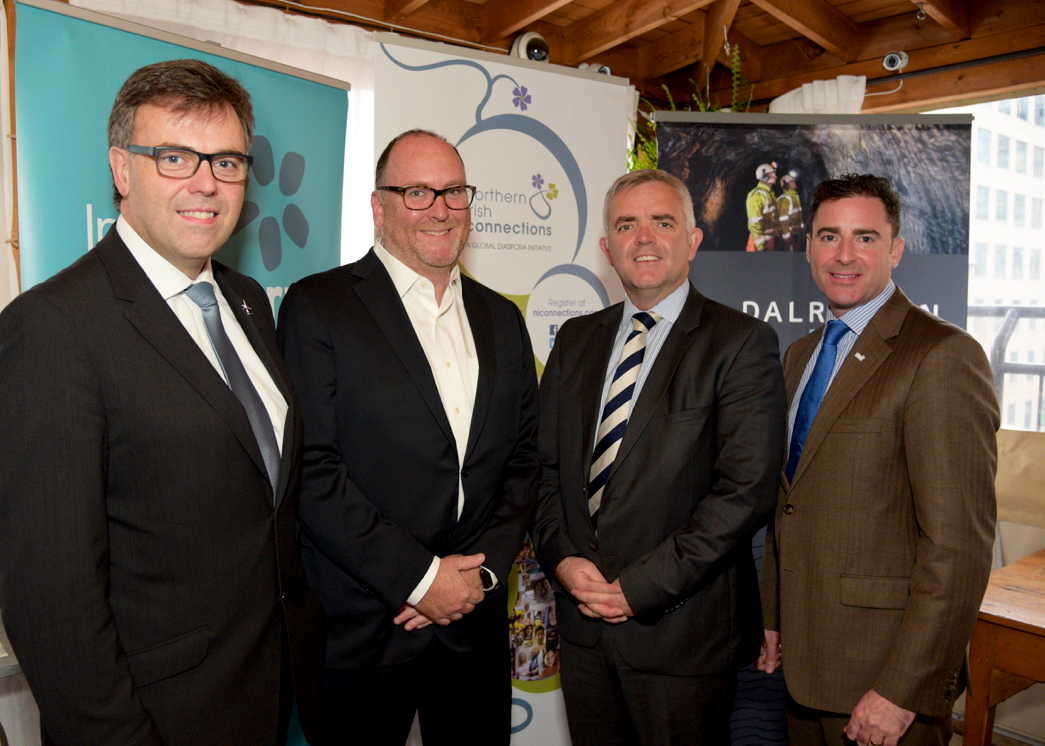 Northern Ireland has much to be proud of, and people with local connections living abroad have a key role to play in spreading the word, Enterprise Minister Jonathan Bell has said.

Speaking at an event hosted by NI Connections in Toronto, the Minister said strong links between Canada and Northern Ireland were already creating opportunities in terms of trade and tourism.

Jonathan Bell said: “It never ceases to amaze me that, no matter where in the world I travel, I will inevitably meet someone from Northern Ireland. We know that Northern Ireland is a great place in which to invest and visit and we want to continue to deliver that message on the international stage. Northern Irish Connections is doing excellent work in terms of reconnecting with our Diaspora and tapping in to the networks they have built up abroad with a view to boosting our economy at home.

“I have been hugely impressed by the opportunities that exist for Northern Ireland companies in Canada, and I know that the NI Connections network will continue to help build our reputation as a good trading partner.”

“Of all nationalities visiting the Republic of Ireland, Canadians are most likely to also visit Northern Ireland, with approximately one-third of all Canadian visitors doing so.

“Northern Ireland will continue to be promoted in Canada as a holiday and business tourism destination, highlighting the Causeway Coastal Route, new visitor experiences like the refurbished Mount Stewart and the Gobbins Coastal Route, as well as our iconic attractions including Titanic Belfast. Game of Thrones fans in Canada are also flocking to see and explore the landscapes and locations featured in the series for themselves.

“There is much to look forward to. 2016 is our NI Year of Food and Drink, we have the Irish Open returning in 2017 and recent confirmation that The Open Championship is being held here in 2019 further cements our world class golfing credentials; giving international visitors even more reasons to put Northern Ireland on their ‘must see’ list.”

Andrew Cowan, CEO of NI Connections said: “Canada is a traditional stronghold of the Northern Irish diaspora and we are delighted to be welcoming more than 100 guests to our latest NI Connections event in the financial district of downtown Toronto. They will get the chance to celebrate their links to home and to help further strengthen economic ties between Toronto and Belfast. The Northern Irish diaspora are everywhere and we have already made great connections on this mission to Canada – for example the British Consul General Kevin McGurgan, who is originally from Portadown.

“NI Connections supporter Patrick Anderson, CEO of Co Tyrone’s Dalradian Gold, has also been instrumental in bringing the diaspora in Canada together for this event. The network is growing in strength and having the full support of Minister Bell shows NI Connections is becoming an asset both at home and abroad.”