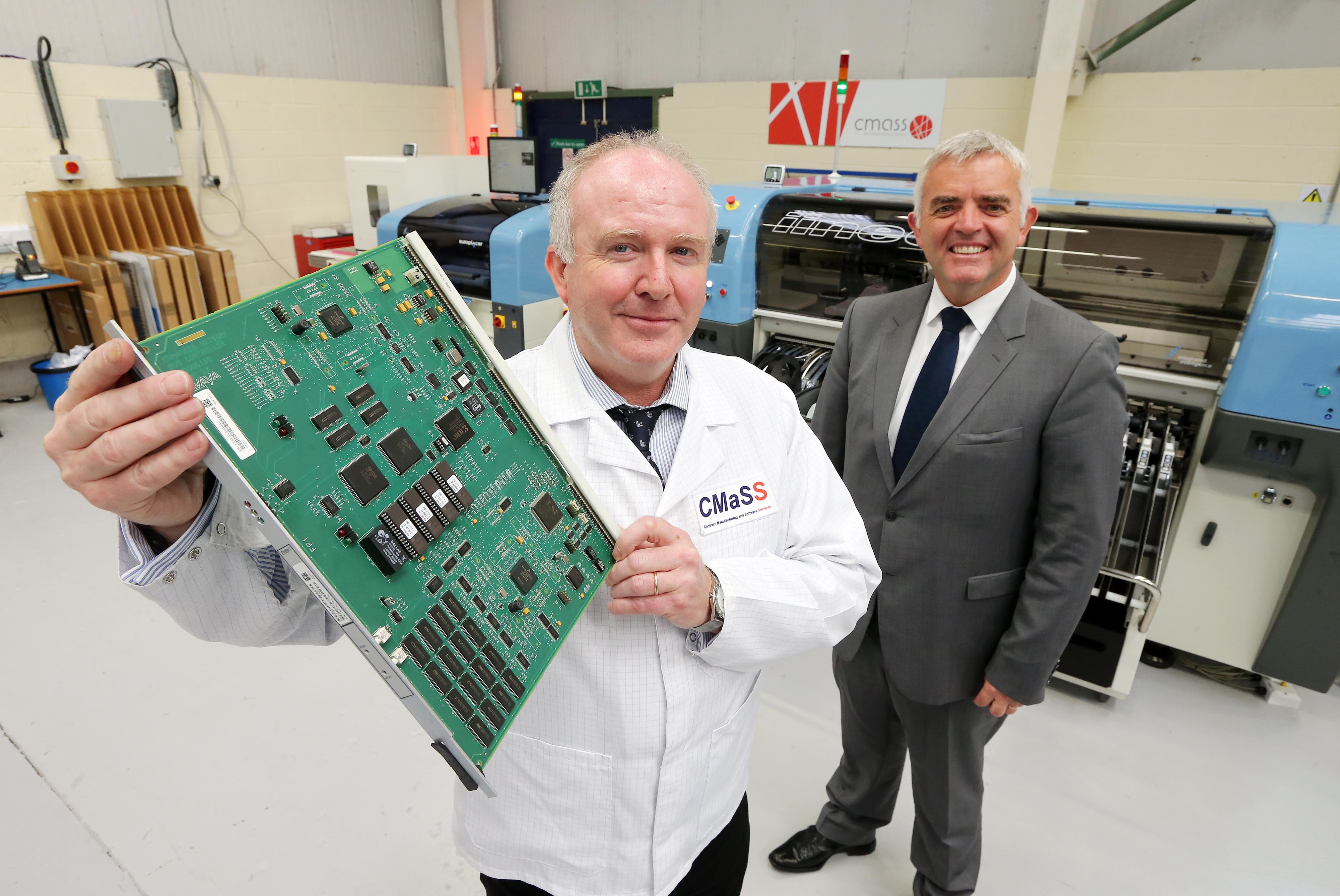 As part of the celebrations the Minister also announced a company investment of more than £500,000 and the creation of five new jobs.

Speaking at the celebrations Jonathan Bell said: “CMASS is a dynamic local company and I am pleased to be here today to mark their fifth birthday. The investment of more than £500,000 by the company and the support offered by Invest Northern Ireland, of a £62,933 capital grant, demonstrates a commitment to the future by this high growth business. In its early days, CMASS provided labour only production services, however through this latest investment in a state-of-the-art Printed Circuit Board Assembly capability, CMASS has developed into one of Northern Ireland’s leading manufacturing services companies.

“I know in recent years CMASS have performed strongly in export markets with a large proportion of sales being generated outside of Northern Ireland. It is envisaged this investment will help boost the company’s growth and further enhance their competitive position in the global market place.”

Barry Mulhern, Managing Director, CMASS, said: “We are delighted to announce today that with Invest NI support we have developed this new capability that will underpin the creation of five new jobs.

“We have performed strongly in recent years with 90% of our sales being generated outside of Northern Ireland. We have invested heavily in the latest generation equipment and this was the final piece of the jigsaw to enable to us to offer fully outsourced manufacturing services to our current and new customer base.

“This project elevates us to ECM status and in turn gives us the opportunity to increase our sales revenues outside of Northern Ireland and grow our exports on a global scale.”