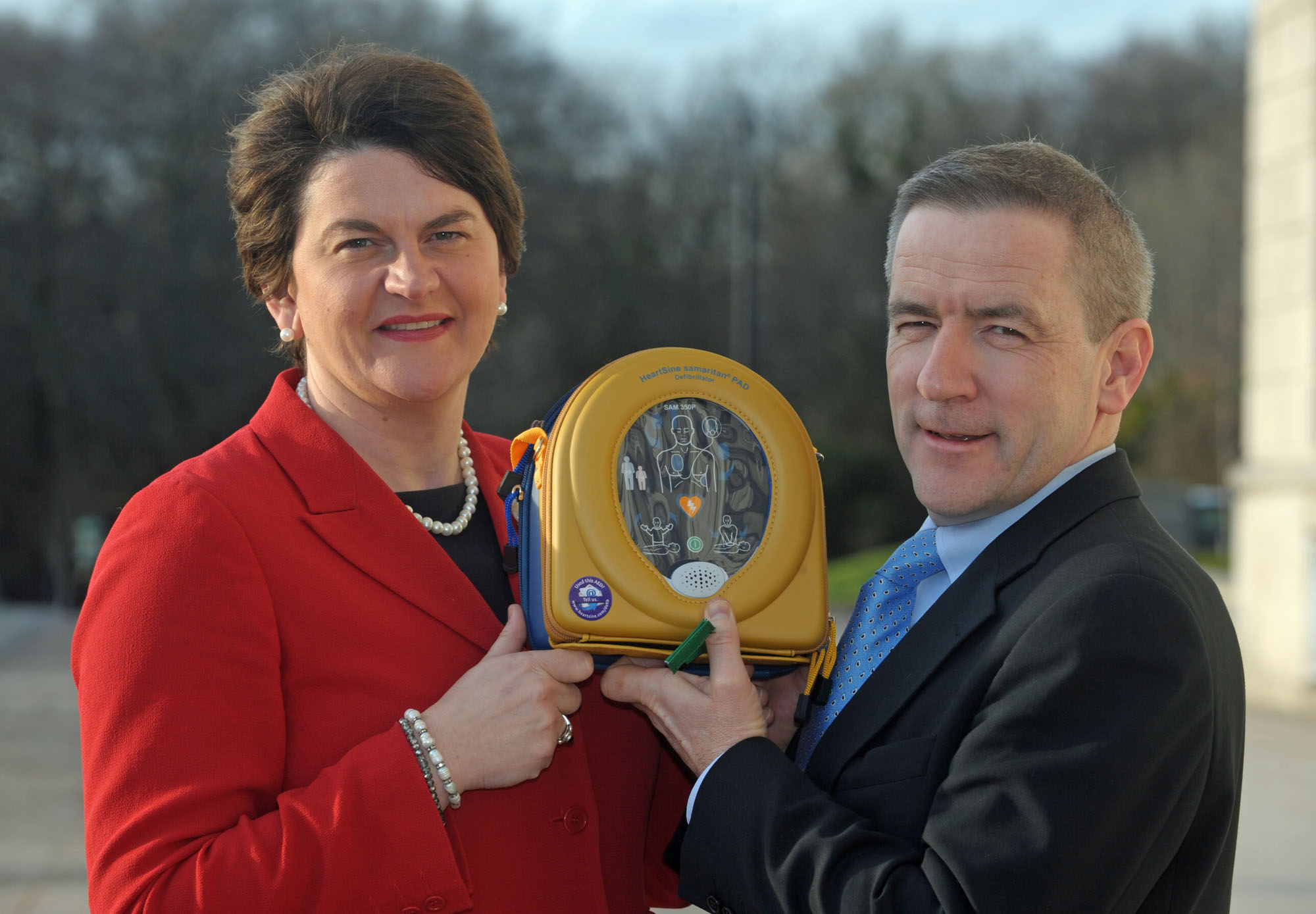 Enterprise, Trade and Investment Minister, Arlene Foster, has announced that Belfast-based HeartSine Technologies has won a major contract to supply its Automated External Defibrillators to the Singapore Ministry of Defence (MINDEF).
Arlene Foster, who is in Singapore to support Northern Ireland companies taking part in the Singapore Air Show, said: “This tremendously important contract will see lifesaving technology pioneered in Northern Ireland used extensively in Singapore.
“Almost 2,000 Automated External Defibrillators (AEDs) have been purchased by Singapore’s Armed Forces. This means that every Singapore military camp will now have HeartSine defibrillators installed.
“HeartSine’s outstanding success in Singapore in a competitive tender process is a marvellous endorsement of the company and also of Northern Ireland as an international centre of excellence in emergency cardiac technology.
“This Belfast-based company has a superb track record in international markets and currently exports to 44 countries, with operating systems in more than 29 languages.”
Chief Executive of HeartSine Technologies, Declan O’Mahoney said: “This is a fantastic achievement for HeartSine, reflecting the worldwide recognition and extremely high quality of our defibrillators.
“There are almost 8,000 cases of Sudden Cardiac Arrest (SCA) in Singapore each year, with over one thousand deaths reported in 2011. In fact, just six months ago, in a high profile case, a young Lance Corporal suffered SCA while training, and fortunately survived.
“While this is our largest contract in Singapore, we also have placed HeartSine devices in the Singapore Civil Defence Force, Singapore Parliament and the Ministry of Health.”
The HeartSine device is designed as a quick and effective response to SCA which occurs without warning and can happen to anybody anywhere.
In the event of SCA, the chance of survival using Cardiopulmonary Resuscitation (CPR) is around five per cent. However, this figure dramatically increases to 75% when CPR is combined with the use of a defibrillator.