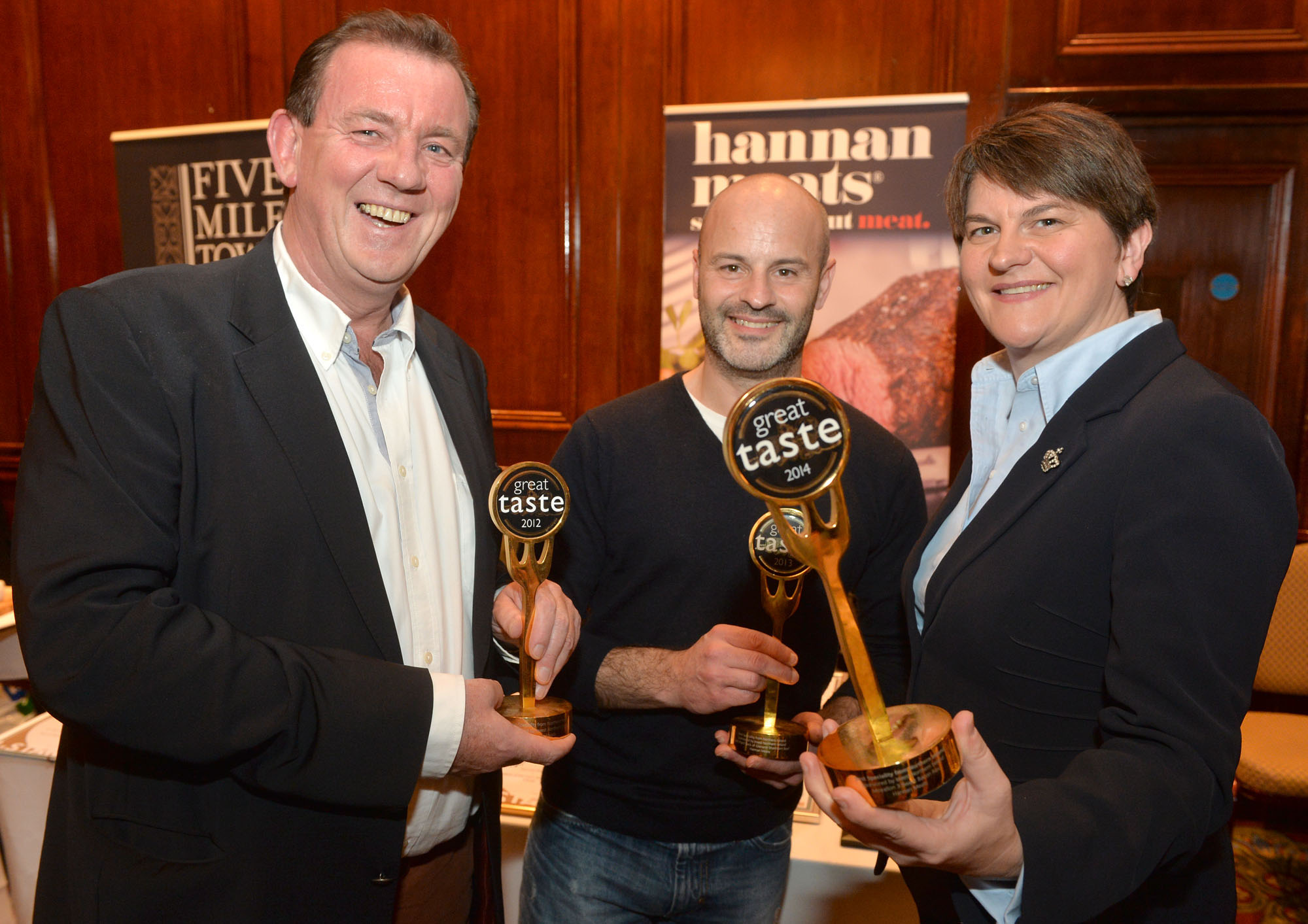 Enterprise, Trade and Investment Minister, Arlene Foster, has congratulated the food and drink industry who, this year, announced investment projects worth around £180million and promoted over 800 new jobs.

The Minister was speaking at an event organised by Invest Northern Ireland and the Northern Ireland Tourist Board to celebrate the achievements of companies in the Great Taste Awards, the Irish National Food Awards and the Irish Quality Food and Drink Awards.

Arlene Foster said: “The investment projects announced by food and drink companies, together with the record haul of awards, demonstrate the vibrancy of the industry here and the commitment of those businesses to developing products which combine outstanding taste with innovation and quality.

“The performance of our companies in this year’s awards has been outstanding. 101 Great Taste Award winners; eight local products featuring in the Top 50 UK Foods; 34 awards in the Irish National Food Awards (Blas na hEireann); and four category awards in Irish Quality Food Awards is surely a feat worth applauding.

“Many people know Northern Ireland for its soda farls, seafood, craft beers and cider. In many ways the event here showcases the cooperation between Invest Northern Ireland and the Northern Ireland Tourist Board and the work being done to help accelerate the growth of this industry as a means to harness the potential of food as a tourism driver. Food and drink is now a major strand in our business and tourism growth strategies which focuses on strengthening our economy and helping to build Northern Ireland into a confident and successful private sector region.

“The role of the agri-food industry cannot be understated; it is currently contributing £4.5billion a year to the local economy and growing steadily. The Northern Ireland Executive has recognised the importance of the sector and endorsed the Agri Food Strategy Board’s ‘Going for Growth’ strategic action plan. It is vital we continue to support this important industry by maximising potential especially in relation to new and existing export markets.”

The Minister offered special congratulates to Yellow Door Deli in Portadown on winning the Deli and Farmshop Signature Dish in the Great Taste Awards for the second year in a row. She also presented the Northern Ireland Regional Golden Fork in the Great Taste Awards to Peter Hannan, Managing Director of Hannan Meats of Moira the third successive year the company has won this category award.