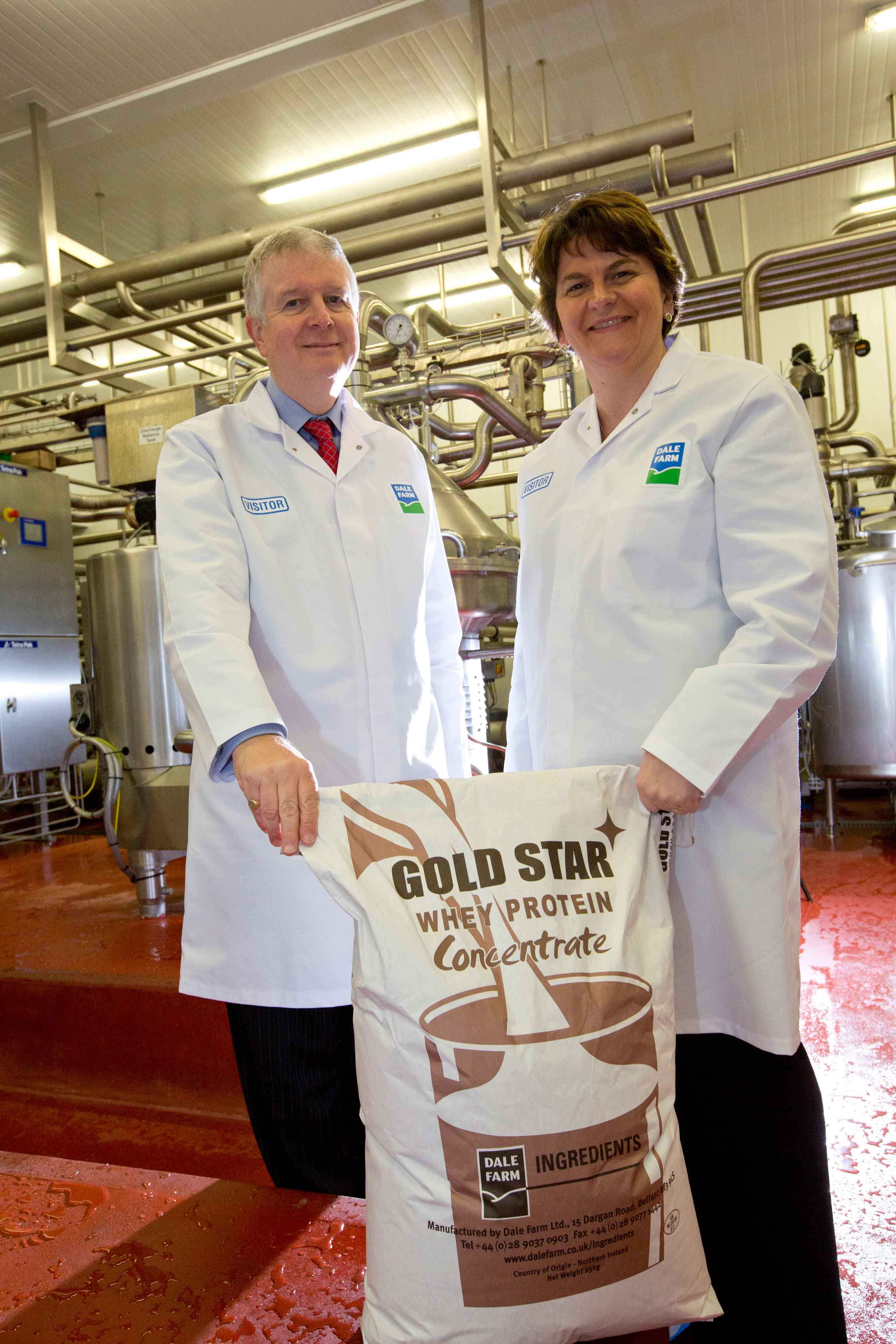 The Dunmanbridge plant, one of the most advanced of its kind in Europe, forms part of a £39million investment supported by Invest Northern Ireland, part funded under the European Regional Development Fund. These expansion plans were announced by the Minister in 2010.

Arlene Foster said: “This new operation is a massive vote of confidence in the future of the dairy industry by Dale Farm. It will enable our largest dairy business to expand sales outside Northern Ireland with cheese sales mainly into Great Britain and Northern Europe and whey protein sales to China and worldwide.

“The company is already creating a significant market presence in Britain and North West Europe for its cheddar products through its marketing activities and achievements in major competitions such as the Nantwich International Cheese Festival, the UK Great Taste Awards and, last month, the World Cheese Awards 2013 in Birmingham, the industry’s biggest and most prestigious event.”

The Minister also highlighted how Dale Farm is providing leadership to the dairy industry by focusing on product innovation and investing in its supply chain. Arlene Foster continued: “This ambitious and progressive company is developing the scale necessary to enable it to compete in global markets such as China, Russia and Africa, markets in which it is developing good business for its cheese, whey protein and specialist milk powders.

“While dairy products are currently producing good returns for the industry, dairy markets have been particularly volatile over the past number of years and so investments such as this being undertaken by Dale Farm are vitally important to the future of the sector.”

Dr David Dobbin, Dale Farm Group Chief Executive, said: “Our £39million investment programme has transformed Dale Farm’s product range and production capability, enabling us to compete successfully on a global scale. We are achieving sales growth of over 30% this year and winning new business with growing sales across the British Isles and in key export markets such as China, Russia the Middle East and Africa.

“We are now well positioned to face the challenges coming out of the ending of milk quotas in 2015, especially with the doubling of our cheese and whey processing capacity at Cookstown, which will enable us to significantly increase the amount of milk we can process offering greater security to our members.”

Dale Farm Group is the processing arm of United Dairy Farmers, Northern Ireland’s largest farmer-owned co-operative. As well as cheese and whey products, the group produces a broad range of dairy products including liquid milk, butter and yoghurt. It also has subsidiary companies in England and Scotland.