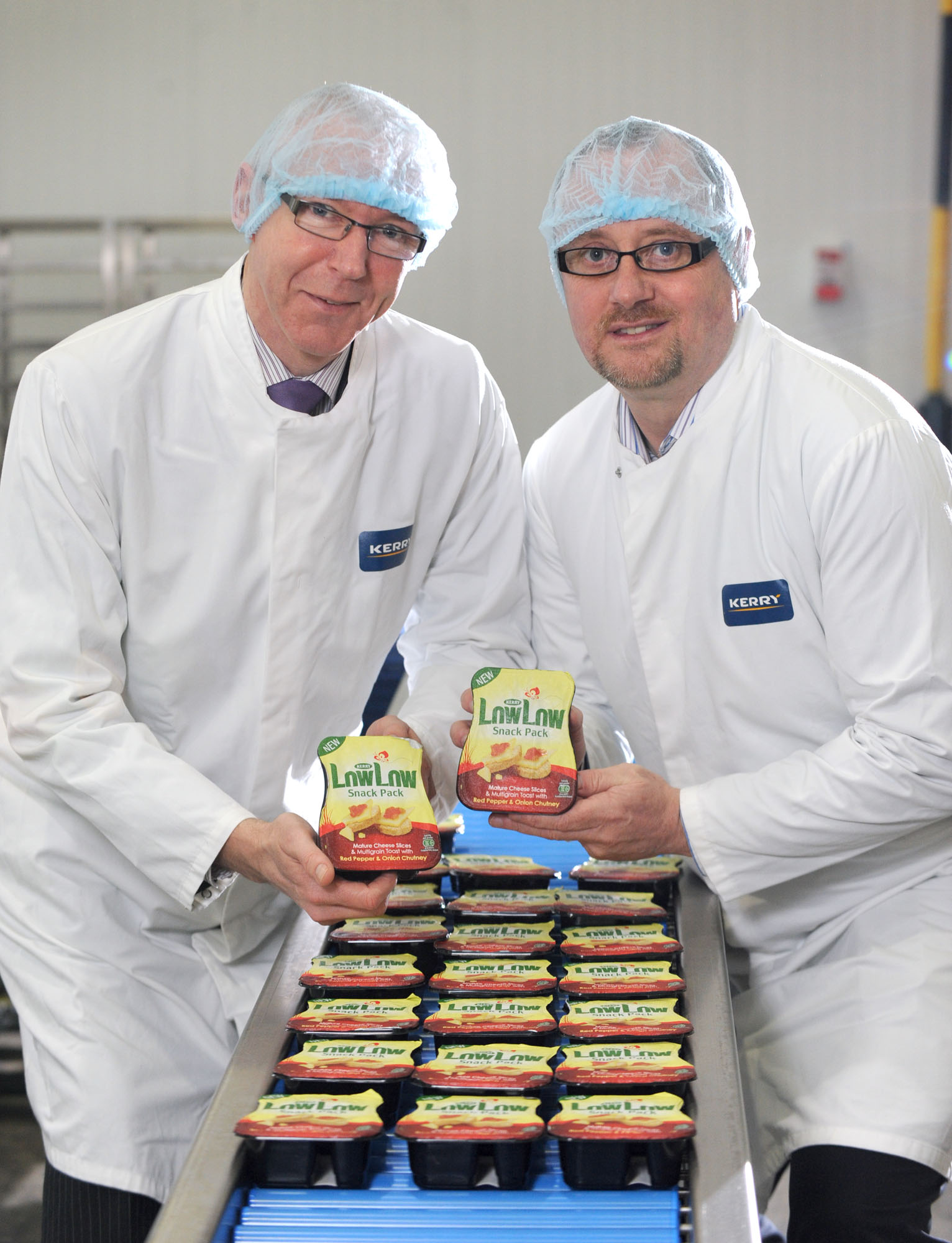 Golden Cow is providing 23 new jobs in Portadown with assistance from Invest Northern Ireland’s Jobs Fund as part of a £2.5 million expansion.

The expansion will see the plant, part of Kerry Group, manufacture two innovative products, LowLow Snack Packs and Matteson’s Chicken Dippers, for major retailers in the United Kingdom and Republic of Ireland.

Invest NI has offered the company £100,000 through its Jobs Fund to support the creation of the 23 new jobs.

Speaking following a visit to the company, Brian Dolaghan, Invest NI’s Director of Business and Sector Development, said: “This is an important strategic investment by Kerry Group, which has owned Golden Cow since 2001, in the development of this manufacturing operation in Portadown.

“The investment, which we are assisting, is a substantial endorsement of this plant and the wider Northern Ireland food sector.

“The diversification into snack foods is also significant in that it widens the plant’s portfolio and positions it to bid for further new product opportunities developing from Kerry Group’s longstanding focus on convenience and snack foods for key markets abroad.

“Benefits will result for the local economy from additional salaries and wages of £395,000 and from the opportunities for other Northern Ireland companies to supply products and services such as packaging,” he added.

Camillus Fitzpatrick, Golden Cow’s Finance Manager said: “The decision by Kerry Group to manufacture the new LowLow Snacks in particular in Portadown is recognition of our longstanding expertise and success in providing cheddar cheese products very cost effectively to leading UK and Irish retailers over many years.

"Invest NI’s Jobs Fund support for the investment and especially to recruit additional staff has been immensely important. We've installed a new production facility to manufacture the new snack foods.

“Both products have been developed to appeal to two fast moving consumer markets in Britain and the Republic of Ireland that the group has identified. The LowLow product is targeted at consumers, especially women, seeking low fat foods that do not compromise on taste and quality. The Mattesson's chicken Double Dipper is another convenience snack designed to appeal to a wide consumer audience,” he added.