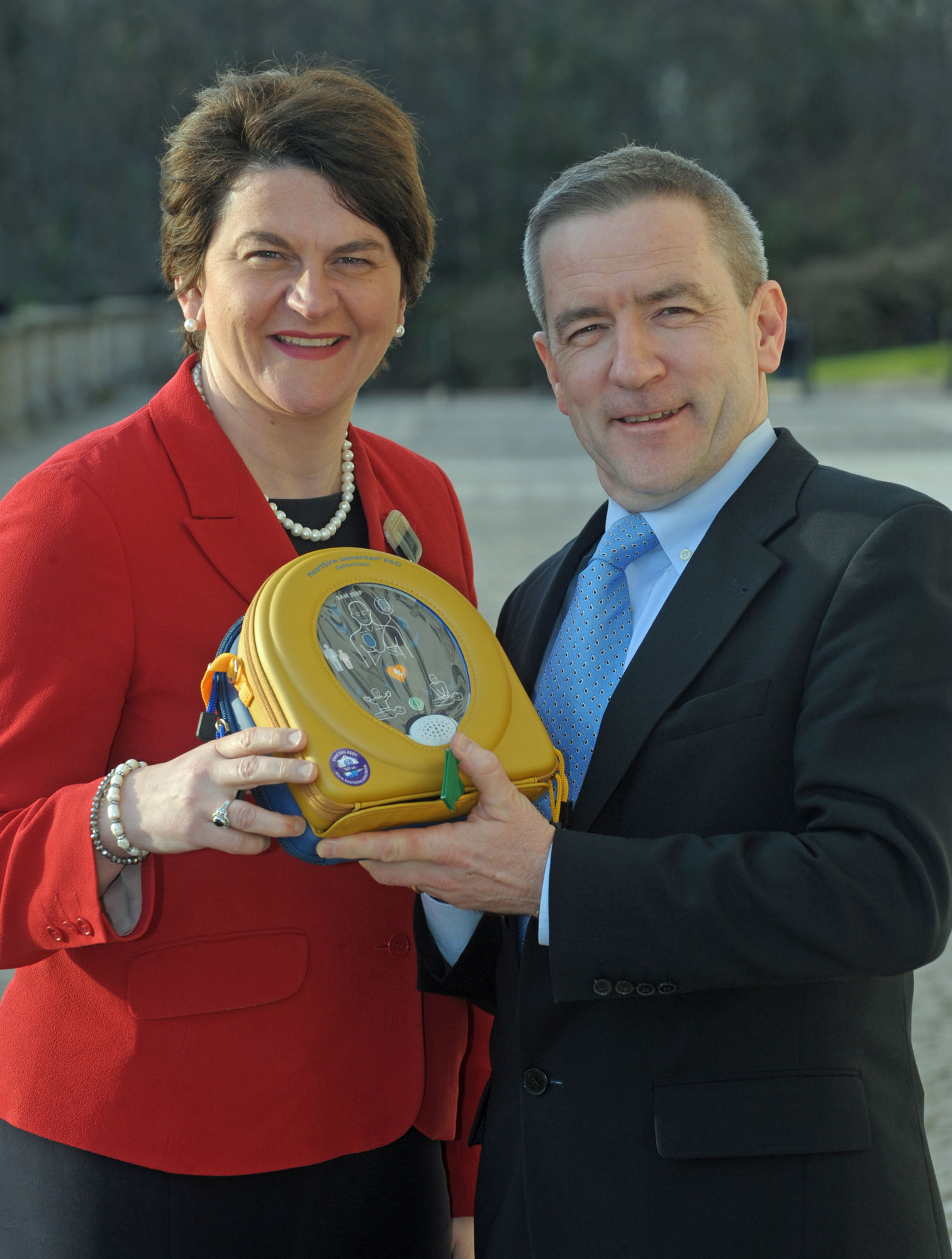 Speaking ahead of a trade mission to the United Arab Emirates (UAE) and Oman, Arlene Foster said the local firm’s increase in sales was a good example of what Northern Ireland companies can achieve in what is a growing export market.

Arlene Foster said: “HeartSine has increased sales of its innovative Automatic External Defibrillators (AEDs) by over 60% last year in the Middle East.

“This is a tremendous success story involving one of Northern Ireland’s most innovative and globally-focused technology enterprises in life sciences.

“The Life and Health Sciences sector is a strategically important sector in Northern Ireland, which is why I will be supporting local companies at Arab Health, the regions’ largest life and health sciences exhibition, during this week’s trade mission.

“As well as employing over 7,500 people, 90% of the sector’s output is sold internationally, accounting for 12.5% of Northern Ireland’s total exports.”

The Minister added: “HeartSine pioneered the development of the emergency cardiac defibrillator and is now expanding its sales into key markets such as the United Arab Emirates and key industrial sectors such as the oil and gas industry.

“HeartSine has identified significant opportunities in this dynamic region from the substantial investments being made by health authorities to tackle cardiac conditions including Sudden Cardiac Arrest and has deployed the necessary resources to strengthen its existing base there.”

Declan O’Mahoney, HeartSine’s Chief Executive Officer said: “Our fast growth in the Middle East is the result of a strategic decision to focus resources on developing markets such as the UAE, a focus which is producing business across a range of sectors and locations. Many governments particularly in the Gulf are investing substantial amounts on health provision including cardiac services and especially emergency care technology.

“Our standing as the only manufacturer of AEDs in the UK and Ireland and heritage in pioneering the lifesaving technology with the Royal Victoria Hospital in Belfast are important marketing advantages.

“As a result of our success, the region is now a priority market for expansion in 2015. We expect to establish several new partners across the region as we continue to build awareness and treatment for Sudden Cardiac Arrest.”

The company, based in Belfast is now active with its ‘samaritan’ AEDs in more than 70 countries.

HeartSine announced a major expansion last year in facilities, R&D, people and marketing to further enhance its competitive position and increase export sales especially in target markets such as the Middle East.