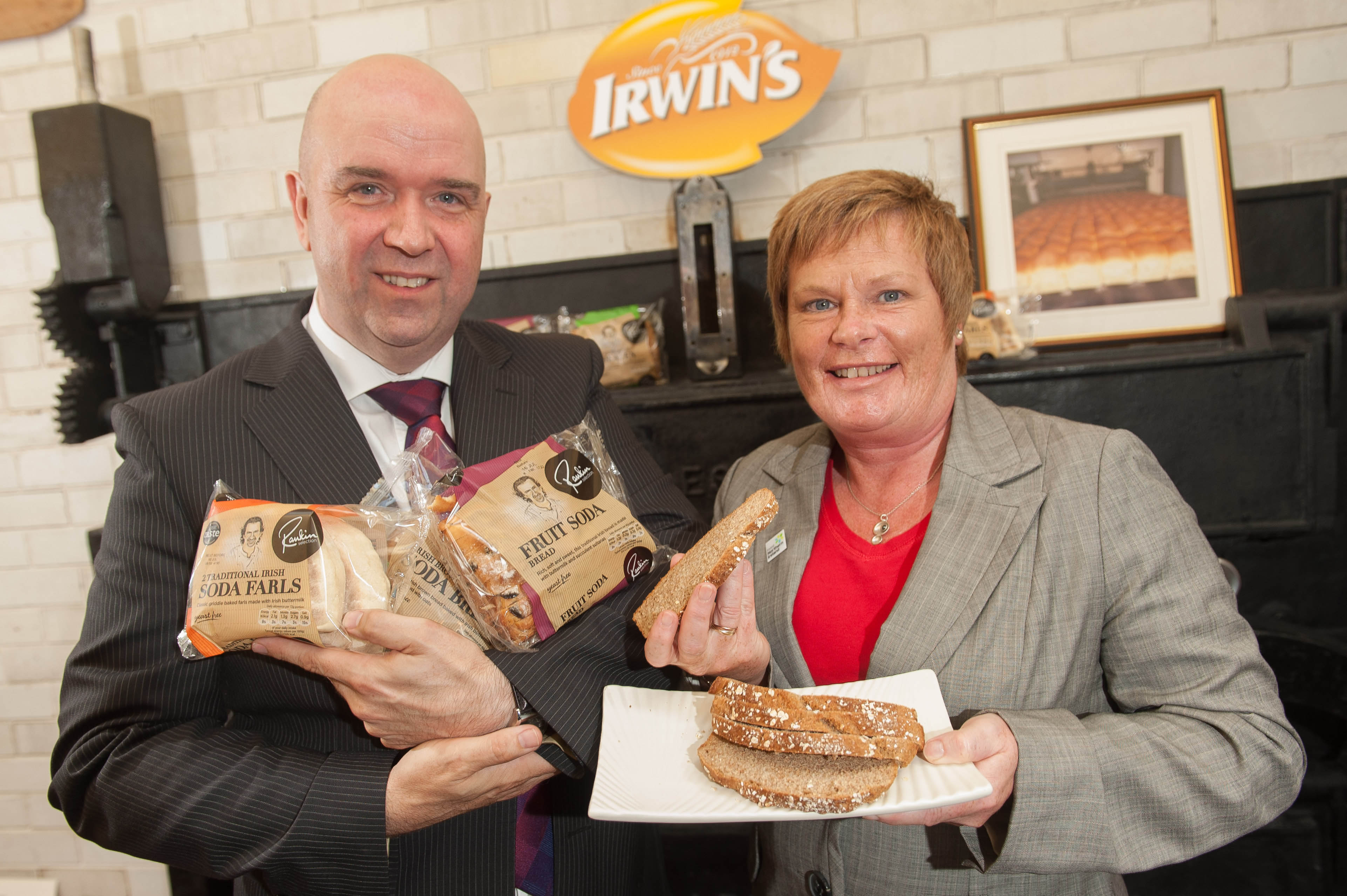 Portadown based Irwin’s Bakery has been assisted by Invest Northern Ireland to win its first export business in Abu Dhabi.

Northern Ireland’s leading local bakery has secured a deal to supply its Rankin Selection range of traditional Irish breads, including soda farls, potato farls, stone-ground wheaten, to LuLu Group in Abu Dhabi, one of the biggest retailers in the Gulf states.

The contract, worth an initial six-figure amount, was announced by Brendan Lappin, Irwin’s Bakery Business Development Manager, and welcomed by Dr Vicky Kell, Invest NI Trade Director, during a visit to the company at Carn Business Park in Portadown.

Dr Kell said: “This very important contract for Irwin’s Bakery is an excellent example of an ambitious local company seizing the business opportunity provided by our strategic focus on identifying markets of potential for Northern Ireland food companies and then bringing relevant international food buyers to meet local food producers and to see and sample the quality, innovation, heritage and, of course, safety underpinning our products.

“LuLu set Irwin’s quite a test in terms of delivery of the products, which this very professional and progressive company has achieved. It’s great to know that the traditional breads which we tend to take for granted here are now being enjoyed in the Gulf, set apart by their outstanding flavours and serving versatility.”

Mr Lappin said: “This is a very significant contract for Irwin’s with one of the biggest and most successful retailers in the Gulf, which gives us a solid platform for further growth in a very dynamic marketplace. It’s a market that we’ve been targeting for some time and is the result of ongoing discussion over the past 18 months, which followed meetings with LuLu in Northern Ireland arranged by Invest NI.

“The Rankin Selection range will be on sale in an initial eight LuLu supermarkets within 24 hours of leaving the bakery in Portadown - a significant logistics operation involving a distributor in Liverpool. The supermarket asked us if we could provide the bread as fresh as possible and we’ve been able to meet the challenge.

“As well as the Rankin Selection breads, we are providing Jammy Joey and Snowy Joey cakes from our Howell’s Handmade subsidiary. Initially all the bread and cakes will be available in eight stores but these outlets are strategically placed close to LuLu Group headquarters in Abu Dhabi. Our aim is to build the business steadily and to widen the customer base beyond the ex-pat community.

“Invest NI’s assistance to expand our international sales to Abu Dhabi has been tremendously important. Hosting visits to Northern Ireland from key procurement managers from supermarkets, such as LuLu, is proving to be a very successful initiative for companies such as Irwin’s, which are keen to grow sales outside Northern Ireland,” he added.