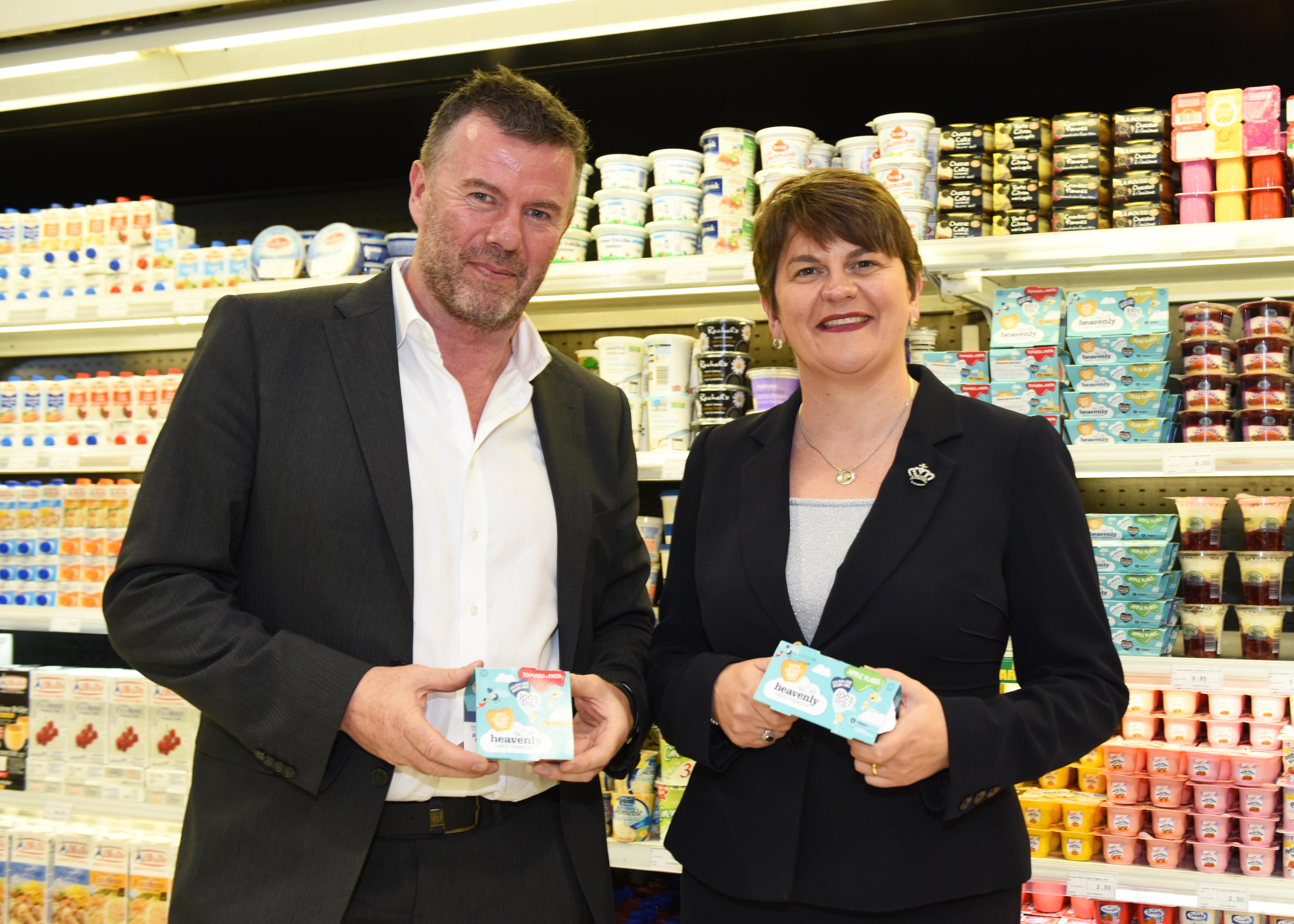 The Minister was speaking after announcing new business in Dubai worth around £50,000 in the first year for Heavenly Tasty Organics, the Augher company specialising in natural baby foods.

Heavenly Tasty Organics, a small business run by husband and wife team James Blair and Shauna McCarney-Blair, has begun supplying a range of chilled baby food to Spinneys, one of the biggest and best known premium retailers in the Middle East.

Arlene Foster said: “Heavenly Tasty Organics is an excellent example of how even a smaller company can do business in this dynamic region with the right products, a will to win and the support provided by Invest Northern Ireland for local exporters.

“I had the opportunity to see the company’s fruit purees, vegetable soup and tomato and pasta products, as well as those from other Northern Ireland food producers, on the supermarket shelves in Dubai. I also discussed further opportunities for our companies with the management of Spinneys and LuLu Supermarket Group.

“They are clearly keen to include products from Northern Ireland which combine innovation and outstanding taste. Supplying retailers in the Emirates is now easier and more cost-effective than ever before as a result of a distribution arrangement with Pan Euro Foods.

“The arrangement, put in place by Invest Northern Ireland, means products from a range of local food companies are consolidated by Pan Euro, shipped and then distributed on time to retailers in the Emirates. As a direct result of this service, many Northern Ireland companies such as Heavenly Tasty have gained their first sales in the Gulf with leading retailers including Spinneys, LuLu Supermarket Group, Choittrams and Carrefour.

Arlene Foster added: "Over 30 companies have taken part in this Invest NI trade mission. They are working hard to build their profile and contacts in the region, and they are winning business."