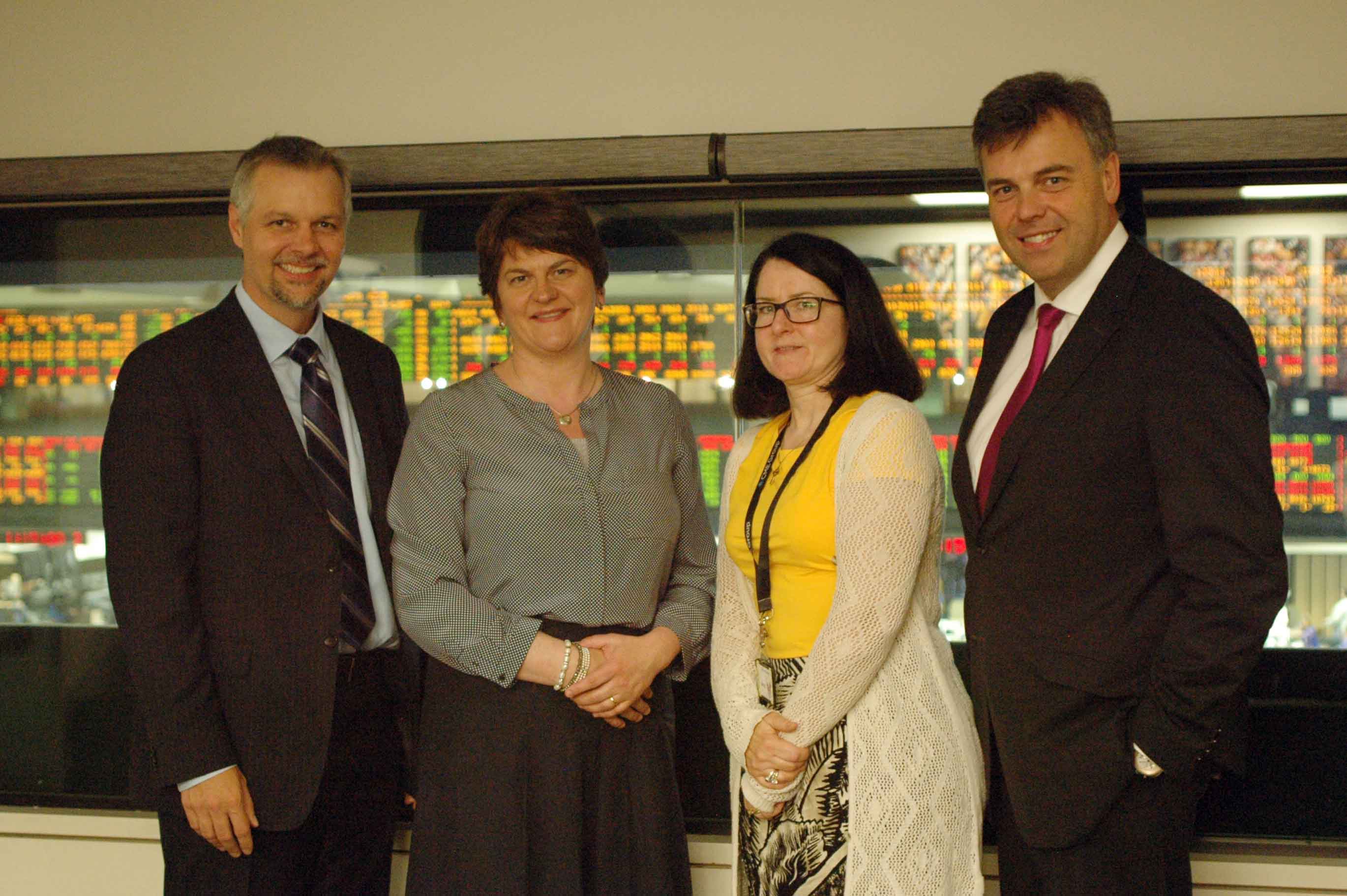 Northern Ireland has much to offer US investors who are looking for a European base.

That was the message from Enterprise, Trade and Investment Minister Arlene Foster at the conclusion of a four-day trade mission to the West Coast.

Speaking in Chicago after meeting with key members of the business community, the Minister said useful contacts had been made in the drive to encourage more investment from the US.

“By working in partnership with the British American Business Council of Chicago, Invest Northern Ireland is continuing to further develop relationships with existing investors and reaching out to potential new clients.

“We know what Northern Ireland has to offer potential investors, but it’s important to ensure that the detail of that offering reaches those businesses directly. With 2,000 member companies, including many of the world's largest multinationals, the British American Business Council offers many opportunities to spread the word about why it makes sense for US companies to choose Northern Ireland as their European base.

“Our track record speaks for itself. Outside of London, Belfast is the UK’s most attractive city for foreign investment. Recent figures show that last year, on a per capita basis, Northern Ireland secured almost 40% more new inward investment jobs than the next best region in the UK.”

Arlene Foster also visited the Chicago Mercantile Credit (CME) to meet with senior management. The Minister added: “During this visit to the US, I have been able to speak personally with both existing and potential investors. I am confident that it will bring positive results for Northern Ireland in the future.

“The value of ‘word of mouth’, particularly from those with direct experience of what it’s like to invest in Northern Ireland, cannot be underestimated either. We are fortunate that US companies like CME, Allstate and Olenick & Associates are willing advocates for the Northern Ireland experience.”

Earlier, Arlene Foster was in San Francisco where she hosted a lunch for 20 US companies that are considering, or are already, investing in Northern Ireland.

Among the companies attending the lunch was global software firm WANdisco, one of a number of West Coast firms that have set up a centre in Northern Ireland.

Speaking about the company’s experience in Northern Ireland, Dave Richards, President of WANdisco plc, said: “Since we set up our Belfast centre in 2012, we have been very impressed with the calibre of staff we have been able to recruit and the contribution that the centre has made to the company’s growth in European markets. I would have no hesitation in recommending Northern Ireland as an excellent place to invest.”