£5.6million investment and 100 new jobs announced in Londonderry and Strabane 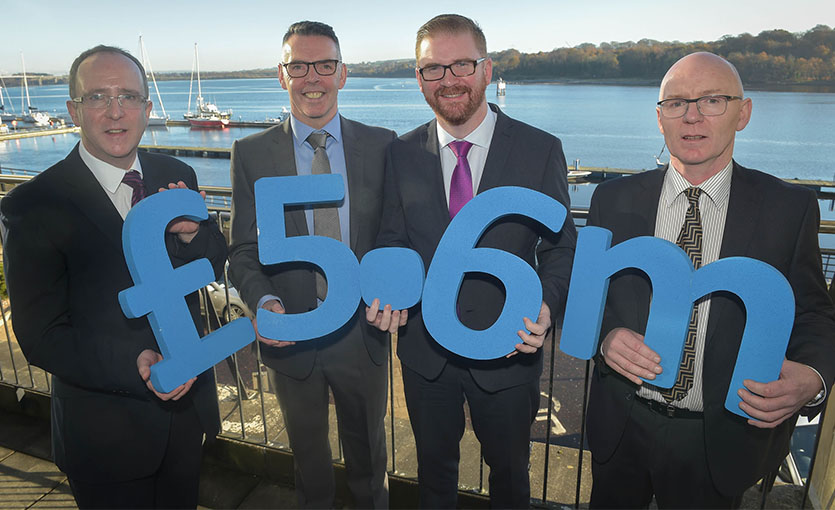 Economy Minister Simon Hamilton MLA has hosted a special event in Londonderry to acknowledge the growth and investment of businesses in the North West.

Ten businesses, two of which are new investors, are creating 100 new jobs and investing over £5.6million in the local economy.

Two GB-based software businesses, Launch Pad and Peoplesafe, are also establishing offices in the city and plan to create a total of 16 new jobs over the next 12 months.

“The 100 new jobs being created span a range of roles and industries including software development, engineering, marketing and finance, and once in place will contribute over £2.5million in additional salaries to the local economy.

“Invest Northern Ireland has offered £578,400 to support the growth of these businesses who by doing so are committing to both their future and the sustained economic growth of the local area.”

The Minister added: “Every business plays a role in our economic success and strengthening and growing Northern Ireland’s private sector requires all stakeholders to work in partnership towards the achievement of a common goal. I welcome the joined-up approach to economic development in the North West and the contribution the Council and local stakeholders such as the Chamber the Council are making, alongside Invest Northern Ireland, to rebuild and rebalance our economy.