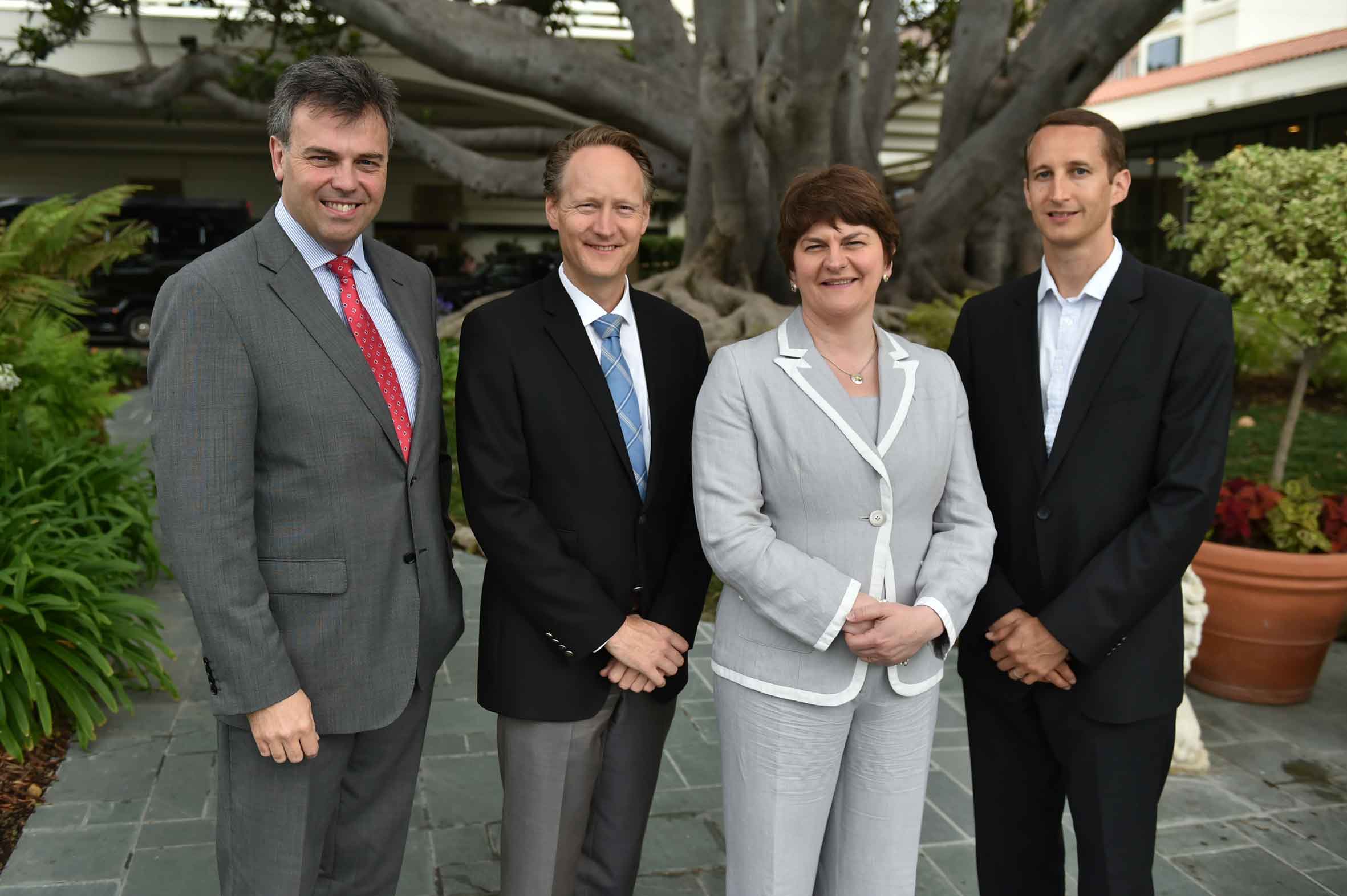 During the meeting with HBO Films & Mini Series senior vice presidents Jay Roewe and Janet Graham-Borba, the Minister discussed further opportunities for the creative industries sector in Northern Ireland and the phenomenal success of ‘Game of Thrones’.

Arlene Foster said: “Game of Thrones has become the most watched programme in HBO’s history, having taken over the top spot from The Sopranos. I know many fans are already suffering withdrawal symptoms following the Season Four finale last week, but the good news is that filming begins on Season Five at locations across Northern Ireland next month.

“Our successful relationship with HBO has been incredibly positive for Northern Ireland and I had a very worthwhile meeting here today. Game of Thrones has already generated over £87million for the local economy and the filming of Season Five is expected to boost that figure by a further £20million. I look forward to continuing to work with HBO with a view to maximising the potential benefits offered by the creative industry sector in Northern Ireland.”

Earlier, the Minister attended a business breakfast organised by NI Connections, the organisation which aims to bring the diaspora together with the aim of encouraging further investment back home.

Arlene Foster added: “Northern Ireland people are doing amazing things all over the world and, for that reason, it has never been more important to build a global network of people with local roots. Northern Irish Connections is all about reconnecting with that ‘extended family’ and harnessing their goodwill to spread the word and continue to build on our reputation as a good trading partner.”