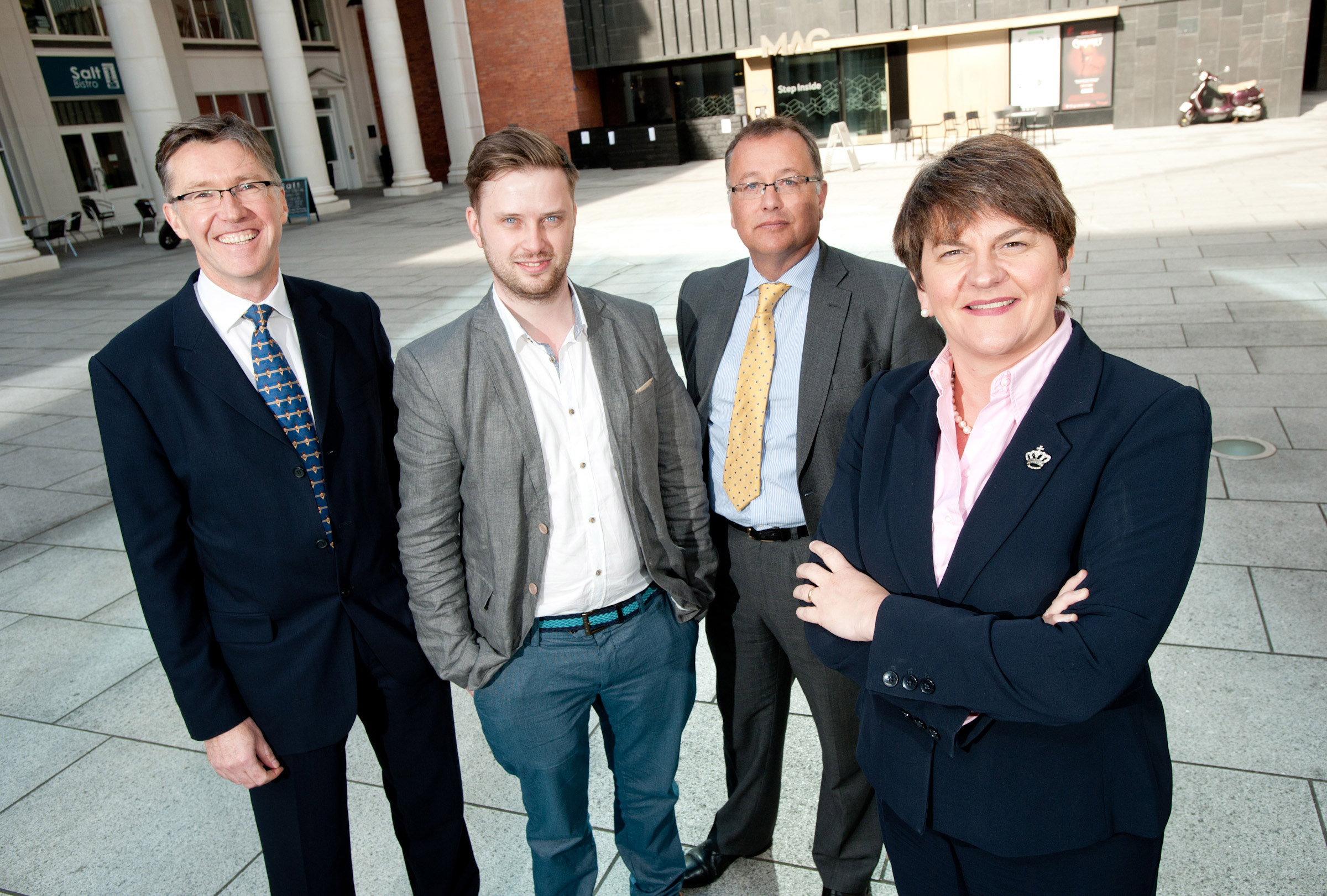 Two businesses, Inflyte and Brewbot, have received over £300,000 between them from techstart NI to help fund further growth.

Established by Invest Northern Ireland as part of its Access to Finance strategy, techstart NI is providing support for early stage technology businesses and university spin-outs. The £23.6million initiative is made up of a £13million SME equity fund, two university funds of £1.5million each, and a proof of concept grant fund of £7.6million.

The new suite of funds will operate for 10 years and will be managed on a wholly commercial basis by Pentech Ventures LLP.

Arlene Foster said: “Today’s announcement is not only good news for Inflyte and Brewbot, it is also good news for the Northern Ireland economy because the potential value of early stage technology business and university spin-outs is being recognised. They may start small but they have big growth ambitions, which should be encouraged.

“techstart NI is playing an important role in helping to boost private sector growth by ensuring that companies which are just starting out, like Inflyte and Brewbot, are not held back because they cannot access finance or first rate commercial mentoring.”

Brewbot, based in Belfast, is seeking to grow the craft brewing industry by making its Brewbot and companion app available to restaurateurs, enthusiast brewers and consumers. The company has received a £156,000 investment from techstart NI to help it achieve its vision to become the world’s largest distributed brewery. A number of the early investors behind Maker Bot, Uber and fitbit have also co-invested alongside techstart NI to seed the business.

Commenting on the investment in Brewbot, Eddie Anderson, founder of Pentech Ventures, said: “Chris and his team have a vision that Brewbot could become a new force in brewing craft beers internationally. We look forward to working with other Northern Ireland entrepreneurs who have similar levels of ambition.”

Brewbot’s Chris McClelland said: “Making a business wildly successful should be the number one focus of a founder. The process of raising capital should add value and help accelerate them towards that goal but it can often slow things down. Having worked with US and UK investors it's refreshing to have a fund that gets this in Northern Ireland. Beyond the money, techstart NI brings a wealth of experience, support, and ambition to their investments. I'm excited to see the strides that we will make with techstart NI backing businesses here in Northern Ireland.”

Inflyte App is a music promotion platform that allows record labels, pluggers, PR companies and publishers to send branded digital music promo campaigns direct to their clients' mobile devices for feedback online or offline, wherever they are. The company has secured a £150,000 investment from techstart NI.

Commenting on Inflyte’s investment Hal Wilson, Pentech Partner responsible for the Belfast office, added: “techstart NI is delighted to be providing the initial capital for Inflyte. This is a business that combines both sector knowledge and technical skills in its founding team. We believe Inflyte could make a meaningful impact on the music tastemaker market and we are excited by the prospect of working with the team to deliver their plans.”

Paul Hamill, CEO from Inflyte said: “Inflyte is delighted to welcome techstart NI as its seed investor. We have found the process and manner in which the transaction was handled to be commercial but light touch with the investment being closed in less than six weeks. We believe that Pentech’s network should prove valuable to the business as we develop.”

techstart NI is part financed by the European Regional Development Fund through the Investment Growth and Jobs Programme.