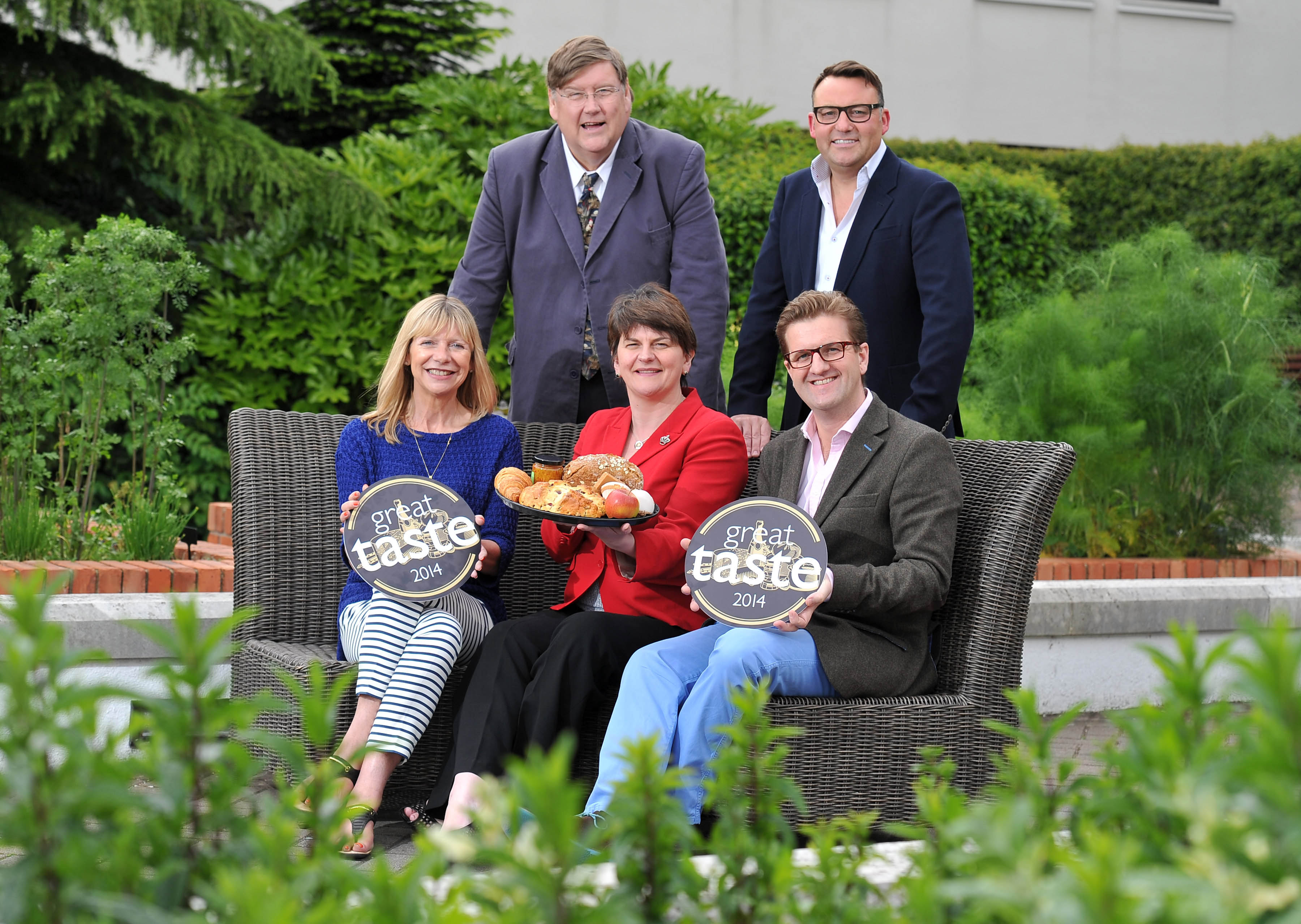 Enterprise, Trade & Investment Minister Arlene Foster has welcomed the decision by the UK Guild of Fine Food to hold this year’s Great Taste Award judging session in Northern Ireland, for the first time.

Invest Northern Ireland is sponsoring the three-day judging session this week in the Stormont Hotel, Belfast.

Speaking after welcoming the judges to Northern Ireland, Arlene Foster said: “I am delighted that the UK Guild of Fine Food has brought the judging of this year’s Awards to Northern Ireland and invited many of the UK’s leading food writers and stylists, as well as key buyers from major retailers such as Harrods, to take part.

“Holding the judging here is a marvellous endorsement of the quality of food and drink being produced by artisan enterprises and smaller companies. It also recognises the outstanding achievements of our companies in the Great Taste Awards.

“In two of the last three years, the Supreme Champion title has been awarded to local businesses, McCartney’s Butchers and Hannan Meats, both based in Moira. Hannan Meats has also achieved more gold stars in the awards, 85, than any other UK company.

“As a result of these achievements, Northern Ireland companies now have a tremendous track record in the creation of products that combine outstanding taste and innovation. I hope that holding the judging in Belfast will become a regular event.”

The Minister expressed confidence that there will be further success in this year’s Great Taste Awards. Arlene Foster continued: “This year, an impressive 726 products have been put forward by 125 local companies. This clearly demonstrates the creativity and desire to succeed that underpins our £4.5billion food and drink industry.

“Companies entering the awards also recognise that success can lead directly to business with major retailers outside Northern Ireland, who watch such high profile competitions for new products and different taste experiences on behalf of their customers.

“I would like to take this opportunity to encourage local companies to follow in the path of many Great Taste winners and to explore the business opportunities in Great Britain and further afield markets such as the US and Asia.”