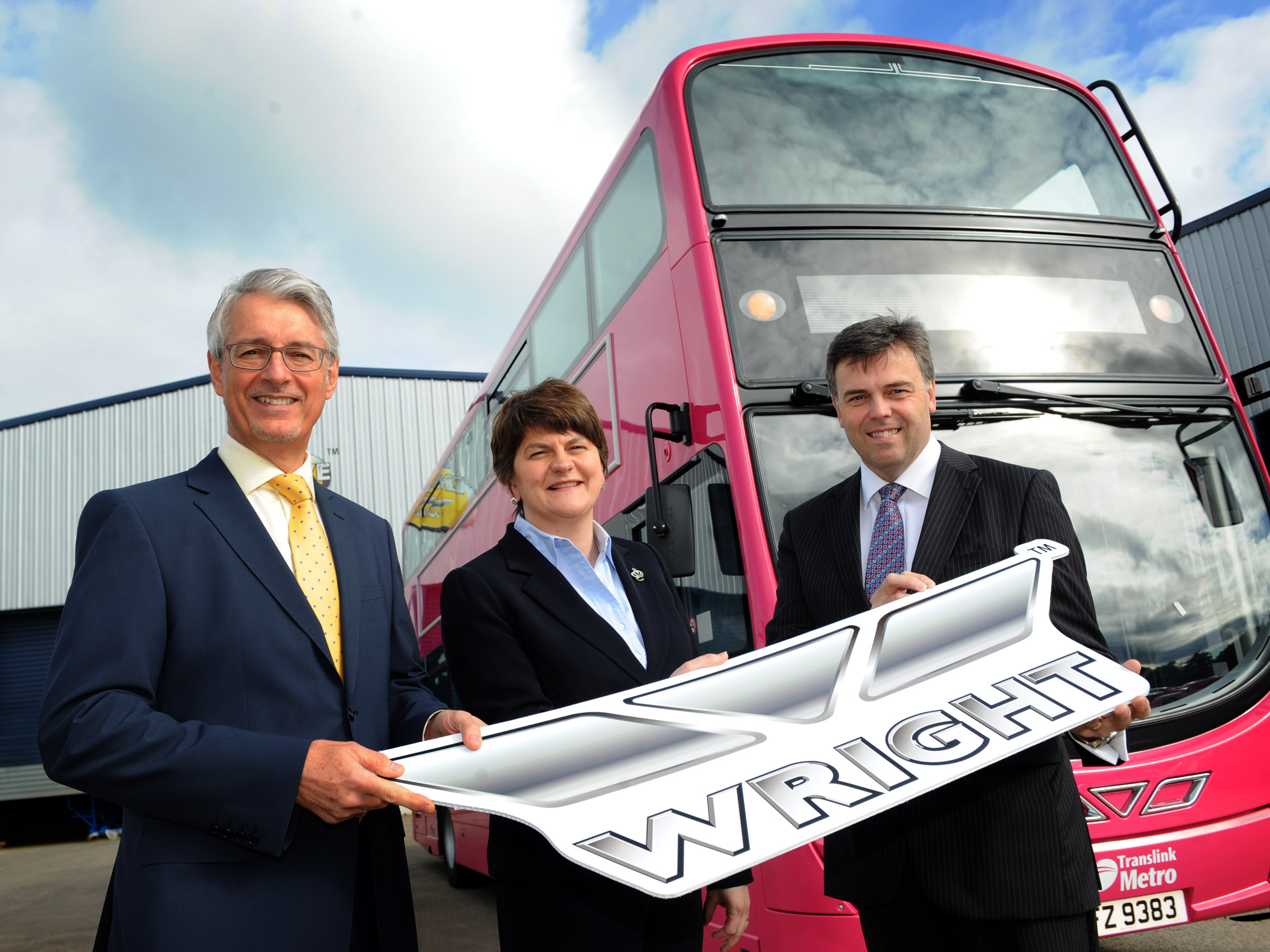 The family-owned company is one of the UK’s leading bus builders and employs around 1,800 staff in Northern Ireland. The new jobs are being created in Wright EN-Drive, the company’s dedicated facility for the design and manufacture of integral vehicle chassis.

Announcing the investment the Minister said: “Wrights Group is one of our most successful indigenous manufacturing companies, and this is in large part due to its continuous focus on innovation.

“In the last five years Wrights Group has undertaken a number of successful R&D projects that have significantly boosted its sales and international profile. This investment will further strengthen its product portfolio and its ability to sell into markets around the world.

“The company has high growth potential as is reflected in the creation of 130 new jobs, which will generate £2.5million a year in wages for the local economy. It is also strategically important to the Northern Ireland supply chain.”

Arlene Foster added: “By tailoring its research and development projects to target specific export markets, Wrights Group will be well positioned to compete for more contracts across the globe. This is good news for Northern Ireland and for our economy as a whole.”

Mark Nodder, Group Managing Director of Wrights Group, said: “Our aim is to become a world class designer and manufacturer of integral public transport vehicles and evolve into a major international supplier to the worldwide bus market.

“This investment brings us a step closer to achieving that. With Invest NI’s support we will be able to bring products to market quickly, and we anticipate that within four years we can triple export sales.”