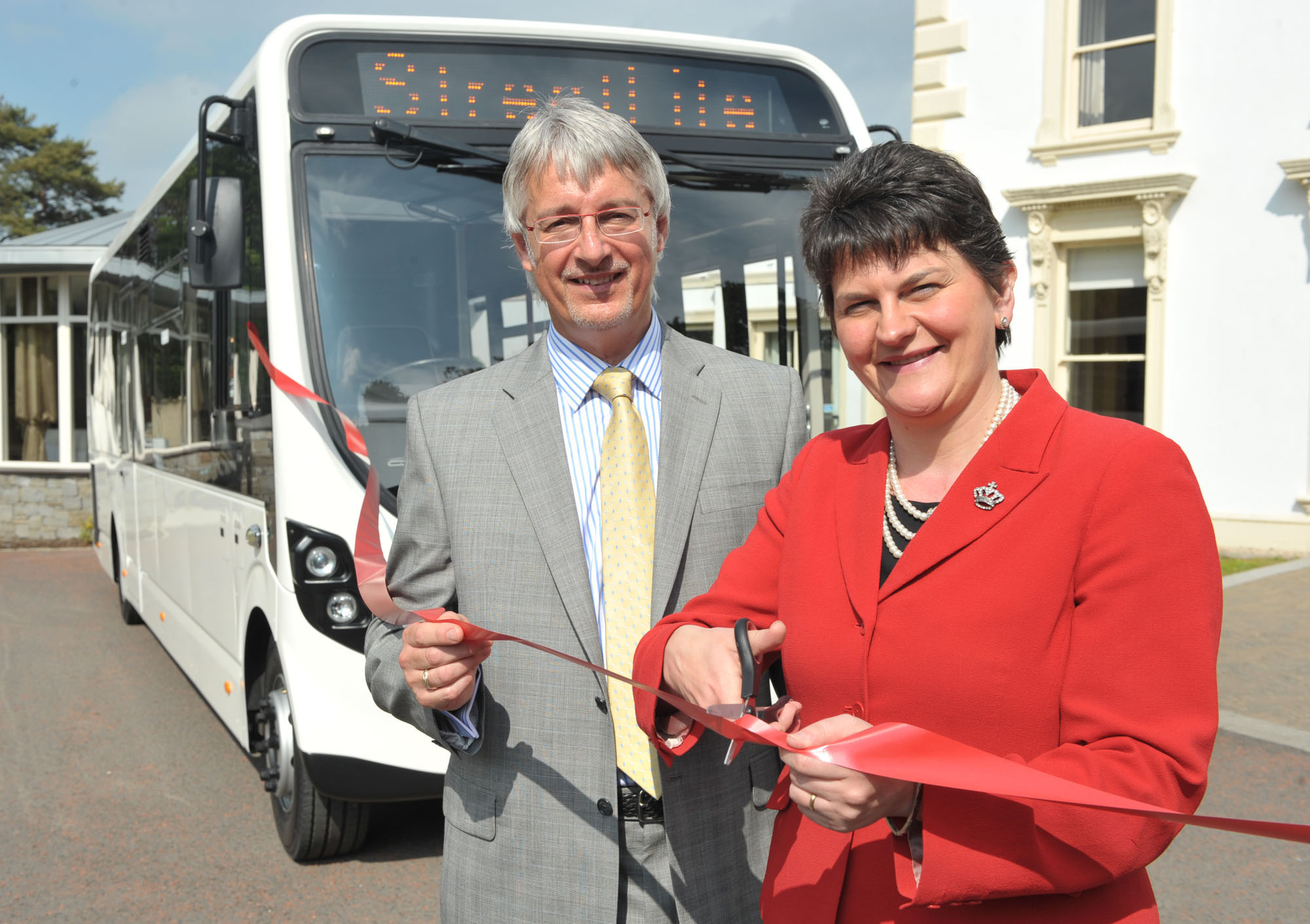 Enterprise Minister Arlene Foster today announced that The Wright Group has secured contracts worth £7.4million for an innovative bus design.

Under the new deals, the Wright Group will supply Mistral Group (UK) plc with 60 of its new StreetLite buses, developed with support from Invest Northern Ireland, in a contract worth £6million. The Wright Group has also won an order worth £1.4million to deliver 12 StreetLite to Isle of Man Transport.

The Minister officially unveiled the new StreetLite bus in Ballymena today. It is the latest product to be launched as part of the Wright Group’s £7million R&D investment, supported by Invest NI with part funding from the European Regional Development Fund (ERDF).

Speaking at the unveiling, Arlene Foster congratulated The Wright Group on its latest success: She said: “As one of Northern Ireland’s most innovative manufacturing firms, The Wright Group recognises the value to be gained by continued investment in product development. This ethos has been of particular importance over the past 12-18 months as the downturn impacted on global sales.

“Today we are not only able to see the latest cutting edge design to result from recent investments in R&D, we are also able to celebrate the success of these projects for The Wright Group with a £7.4million order. Clearly, the Wright Group’s investments in innovation are now bearing fruit and will continue to support the future growth of the company.”

A ground-breaking design, the new StreetLite product, which services both urban and rural routes, offers more seats than any other vehicle in its class and marks a new level of vehicle quality and innovation from The Wright Group.

Mark Nodder, Wright Group Managing Director, added: “The assistance and support received from Invest NI have been invaluable in accelerating our plans for new product developments and training. Today marks an important milestone for us as we unveil the latest innovation in the product range.

“Building on our recent successes in Hong Kong, Singapore and London, this new addition will add another dimension to our product offering and as has already been proven with the Mistral Group order, it will support the creation of future export sales.”

The Wright Group has agreed to supply 60 StreetLite buses to Mistral Group (UK) plc within the next nine months. This will be followed by 12 vehicles worth £1.4million delivered to Isle of Man Transport by March 2011.