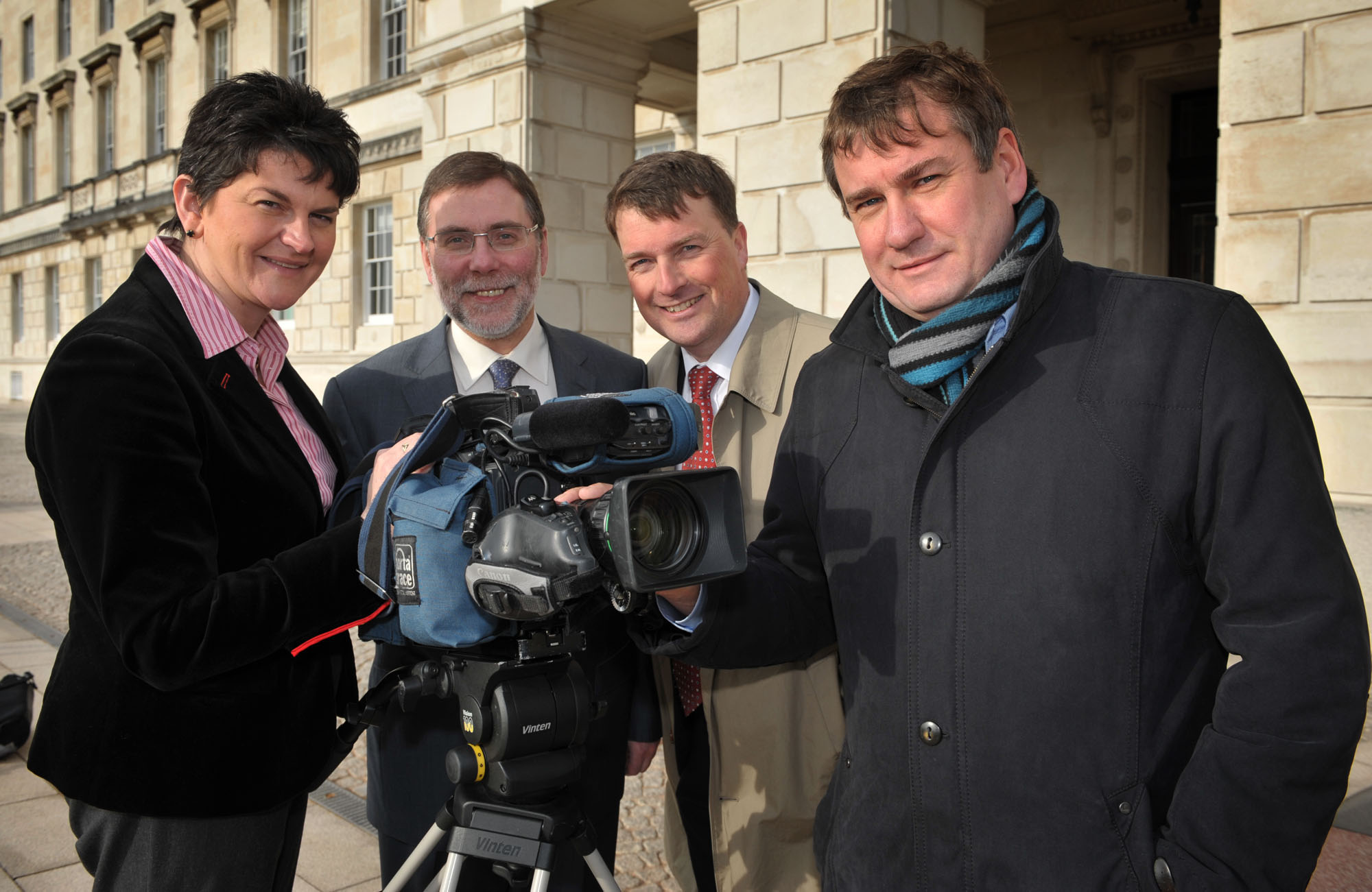 Enterprise Minister Arlene Foster and Culture and Arts Minister, Nelson McCausland confirmed today that the series, Game of Thrones, will be filmed in Northern Ireland.

HBO Entertainment completed a pilot and has now committed to a further nine episodes which are due to begin production in Northern Ireland in June this year. Based on the series of books by George R.R. Martin, Game of Thrones is an epic struggle for power set in a vast and violent fantasy kingdom.

Production is expected to last until the end of the year and the project is due to debut next spring. Hundreds of local cast and crew will be utilised in what is said to be one of the largest television series ever to shoot outside of the USA.

Enterprise Minister Arlene Foster said: “This is extremely positive news for Northern Ireland and a development which will deliver major economic benefits, not only by utilising our growing film and television expertise but also in profiling our unique and attractive landscape to potential visitors around the world. At this stage, it is estimated that £20million will be delivered into the local economy through the production of the nine-part series.

“Local producer Mark Huffam is one of the best and most respected in the industry and HBO have clearly shown their confidence in him by deciding to locate the series here in Northern Ireland. Northern Ireland Screen, supported by Invest NI has worked hard to secure this project which will send a strong message to international production companies that this region is increasingly the filming location of choice.”

Arts Minister, Nelson McCausland added: "This announcement is great news for Northern Ireland and it demonstrates, yet again, the region's ability to compete and succeed on the world stage.

“Northern Ireland Screen's work to secure this production will truly put us on the map when it comes to film making, which is an industry which offers excellent commercial potential.

“I am confident that HBO's decision to film Game of Thrones here will encourage other major production companies from around the world to consider Northern Ireland as a destination for making such programmes. This will ensure that the local talent base has the opportunity to continue to develop its talents and bring the added benefits of large scale investment to Northern Ireland.”

Rick Hill, Chairman, Northern Ireland Screen said: “We are absolutely delighted to welcome back the HBO team to Northern Ireland. There has been a lot of anticipation about the prospect of GAME OF THRONES going to series and now that it is official, we are looking forward to production commencing in June on what is one of the biggest TV series ever to be produced in Europe. This is a real coup for Northern Ireland and further cements our reputation as a leading centre for film and television production, as we continue driving global growth in one of the most powerful and vibrant industries in the world.”