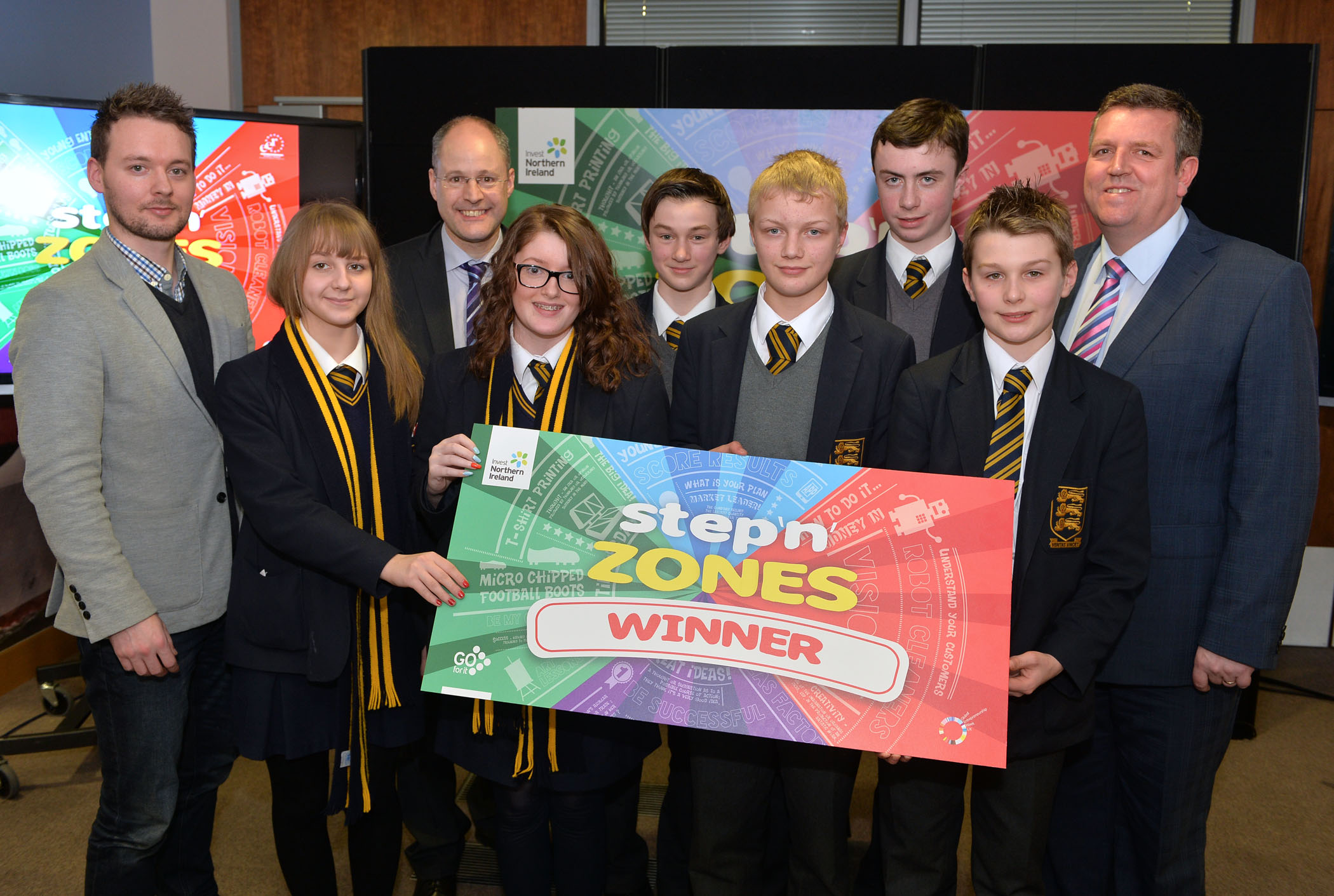 The competition was held during Global Entrepreneurship Week (17-21 November 2014) and attracted over 1,278 pupils from 49 schools across Northern Ireland.  One team of pupils from each event was chosen as the regional finalist and was invited to compete in the final event which took place on 23 January in Invest NI’s Belfast office.

Stephen Wightman, Invest NI’s Head of Employment and Enterprise said: “This is the fourth year we have run this competition as part of Global Entrepreneurship Week and yet again we have been very impressed by the enthusiasm and creativity of the pupils that took part.

“Entrepreneurship is vital to the future of our economy so it is important that we inspire our young people and provide them with the knowledge and confidence they need to pursue their ambition. The Step ‘N’ Zones competition is a great way to introduce young people to the idea of entrepreneurship and to help them develop skills such as communication, negotiation and problem solving.”

The competition challenged the pupils to develop a business idea with support around idea generation, market research, branding, finance and planning. The winning team, Found Ewe, developed an idea for an app which uses GPS to monitor flocks of sheep.

The judges were particularly impressed with the team’s presentation skills, strong USP and customer focus.

The school will receive the top prize of £1,000 and £100 high street vouchers for each member of the winning team.

Victoria College, Belfast won second prize with their idea Dive In – a product which a swim cap with built in Bluetooth audio. Strabane Academy were runners-up in the competition with their idea Hobby Holidays – an app which identifies holidays to match users hobbies and interests.