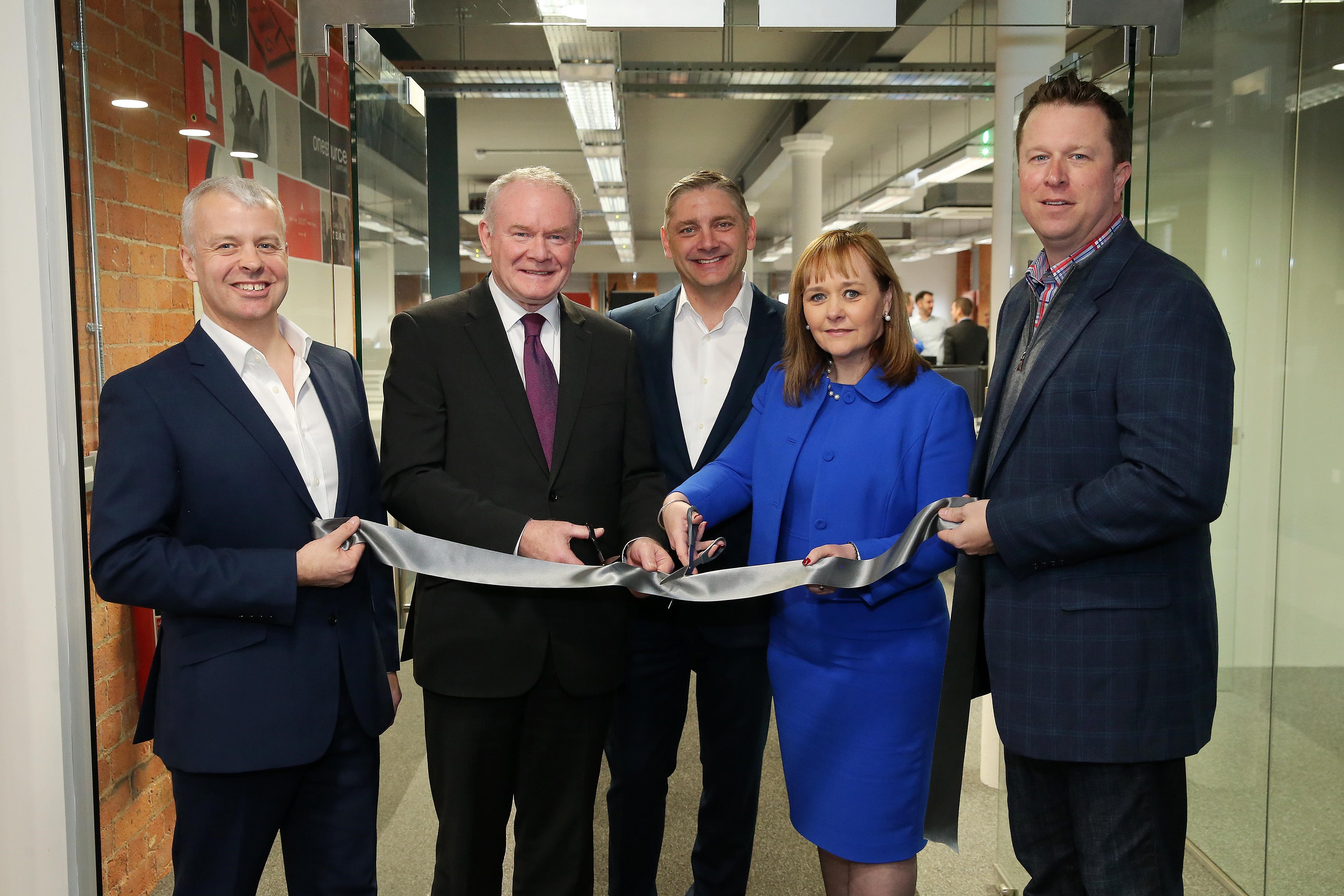 OneSource Virtual is a Texas-based Business Process as a Service (BPaaS) provider offering HR outsourcing, IT outsourcing, finance and accounting outsourcing and consulting. The OSV North West office will support product offerings in the UK, including deployment, UK payroll and application management services.

The deputy First Minister Martin McGuinness said: “OneSource Virtual Service Centre locating its European Service Centre in Derry is a huge vote of confidence in this City and its people.

“Despite fierce competition from other cities we attracted OneSource Virtual here. The Executive fully supported this project providing a £2.9million financial support package for the new jobs and training.

“The 289 posts announced in July will pay in excess of £30,000 per year and will benefit the local economy by £11.8million pounds annually. The company is working hard to build its team with 42 people already hired and completing an intense 12 week initial training programme. OneSource Virtual is also launching their next round of hiring for 45 vacancies today, all of which come with the opportunity to learn new skills and earn a very good salary.”

“Directly and indirectly the people of the City and wider North West will feel the benefit of this cash injection. I wish OneSource Virtual, current and future employees every success for the future.”

Regional Development Minister, Michelle McIlveen said: “This is a significant and exciting development for Londonderry and Northern Ireland. It is an enormous privilege for me to officially open OneSource Virtual’s new offices at City Factory.

“Earlier this year the Minister for Enterprise, Trade and Investment, Jonathan Bell announced that, with the support of Invest Northern Ireland, OneSource Virtual would develop a processing centre here, with the creation of 289 new jobs by 2017.

“This investment which will contribute nearly £12million in salaries to the Northern Ireland economy annually, is a sign of confidence in the progress that is being made across the whole of Northern Ireland, reflecting the high standard of local workers and the steps that have been taken by the Executive to grow the local economy and support employment.

“We are committed to continue to work with our partners in the North West to deliver projects that will provide economic benefit, not only to the immediate area, but also to the whole of Northern Ireland.”

Wesley Bryan, co-founder, president and COO of OneSource Virtual said: “By establishing our European operations centre here, we are in a stronger position to target opportunities within the UK and Europe, expand sales and ensure the future growth of our business.

“This new office space will help us attract Northern Ireland’s top talent, provide them with an innovative working environment and ensure that we continue to deliver the highest levels of customer service to our growing customer base.”